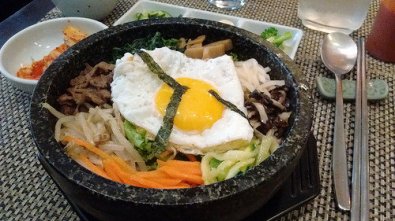 I’ve been on a bit of an Asian flavor kick lately – so this recipe probably won’t surprise you. 🙂 These bowls are nothing but goodness with lovely spiced beef, starchy sweet potatoes, and lots of garnishes.

*For Whole30, omit the honey and stevia and instead add 1 chopped medjool date to the marinade and omit any sweetener from the cucumber pickle.